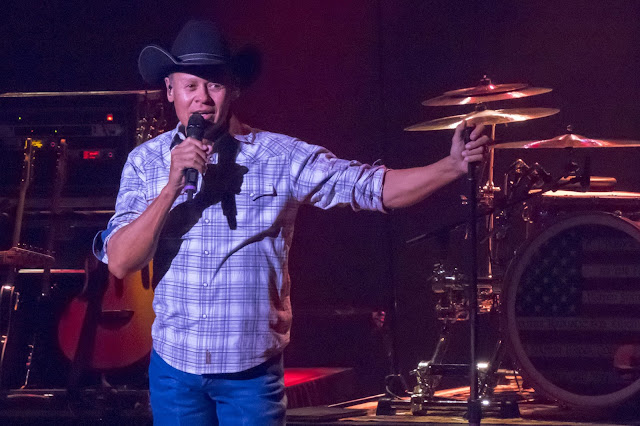 A few years ago I saw Neal McCoy at Country Thunder.  I was so impressed.  He had a string of hits in the 90s so I knew his songs.  But he is also funny and did I say talented? 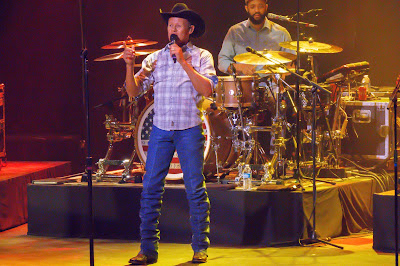 So we went to Wickenburg, Arizona on 4 March 2018 to see him.  I had never driven to Wickenburg, a town about an hour northwest of me.  It’s close enough to Phoenix and yet far enough away to keep it’s western ways. 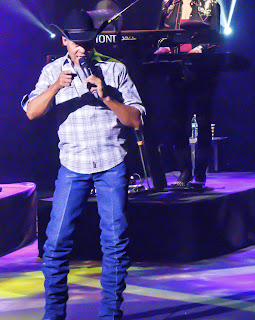 Neal and his band performed in the lovely Del Webb Center for Performing Arts on the campus of Wickenburg High School.  Marvelous facility!  As a side note, I bought a beer there for TWO DOLLARS. 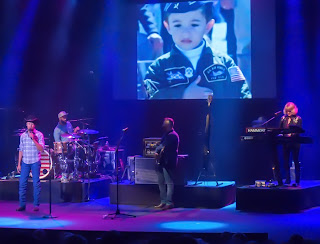 He sang his hits, but also sang old standards from the likes of Frank Sinatra, showing off his multi-talented skills.  Along with that, he sang the theme song of the Beverly Hillbillies television show RAP STYLE! 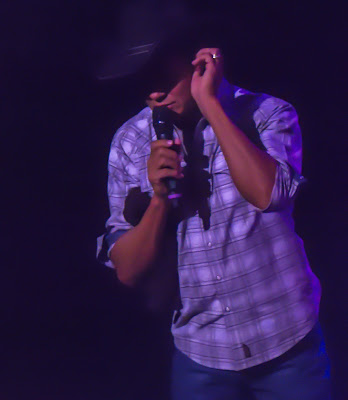 During one song he notice there was an empty seat in the front row.  He stopped the show and asked the gentleman there why the seat was empty.  He said his wife.. was tired.  So Neal said “call her up and give me the phone.”  And he had a nice chat with her on the phone during the set!  It was hilarious.

Neal's currently popular song is his reaction to NFL players taking a knee during the national anthem called "Take a Knee Kiss My Ass."  He got a standing ovation for that and I have the tee shirt! 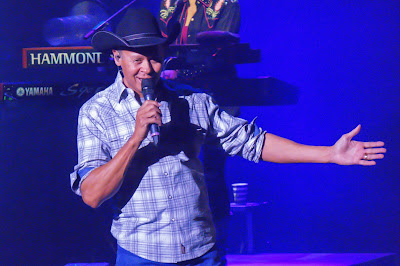 I know Neal will be at Country Thunder Arizona coming up in April.  If you get a chance, go see him.  You will love it!

Until My Next Adventure,
(The Parada del Sol Rodeo in Scottsdale!)
See You On Down the Road!

… and all the photos!