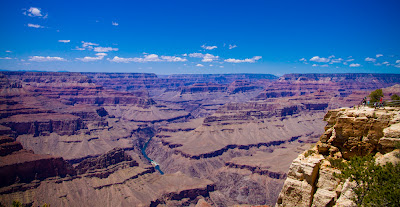 Being from Arizona, I’m often asked to show my Grand Canyon photos.  Sadly, I’ve had to say “I don’t have any” – that is up to now.  I decided this summer to get some Grand Canyon shots. 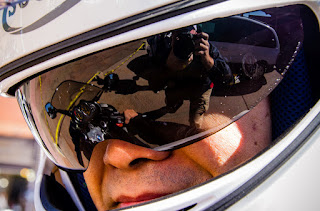 The nice thing about living in Arizona, and especially Phoenix, is we are fairly close to some incredible venues for photographers.  We took Interstate 17 north to Flagstaff, a drive of about two hours.  Then, went west about a half hour to the town of Williams.  We stayed at the Grand Canyon Railway hotel.  The train to the Grand Canyon takes about two hours.  The scenery is fairly boring, though.  If I had to do it all over again, I’d take the hotel and pre pay for the train tickets, but I would NOT pre pay for their café.  There are plenty of neat restaurants within a short walk of the hotel.  And, if you do buy train tickets ahead of time, which I advise you to do, you can often find discount codes on the web.  The current best offer?  Just ask for the corporate discount code CDLOCAL and mention Phoenix Visitors Bureau and you get a 10% discount. 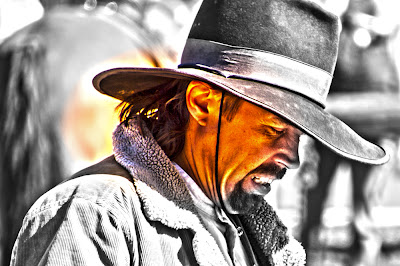 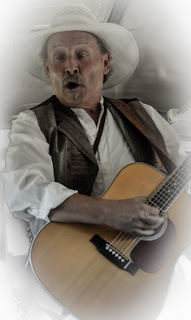 Williams is a town a few miles south of Interstate 40 and the main drag is the old Route 66.  There’s a lot to see and do in town and it’s filled with tourists and local characters.  I spent a good long afternoon there taking photos.  The photo above of the guy wearing the helmet is Chinese (Taiwan).  He said his name is pronounced "Lie" but according to him it is the truth!  The cowboy below Lie was from a touristy gunfight the railroad puts on before leaving Williams.  And the guitar picker was on the train entertaining us along the way.  I only noticed later after I posted this blog that the guitar player had a ceiling light coming out of his head on the left of the photo.  You can't see it now because I used Photoshop CS6 content aware fill to delete that annoying light.  Remember, you are taking a photo of the subject AND the background! 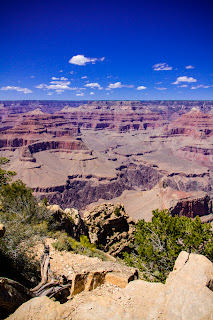 Next up for me... A Canon class on flash portraiture in Sedona in June and then a river cruise to Europe that includes Prague, Nurenberg, and Budapest in July.