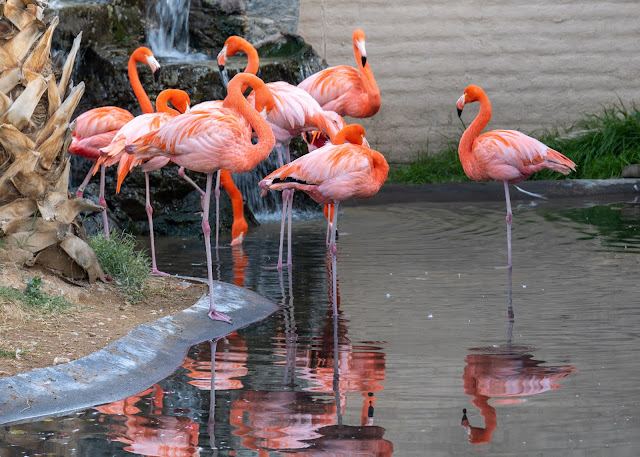 Waay out on the west side of the Phoenix area valley in Litchfield Park is Wildlife World Zoo.  There's also an aquarium there.  So photographing would be a challenge.   The aquarium was of course much darker than outside where the animals lived. 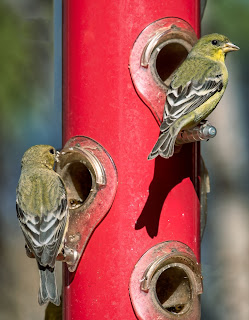 Then again, I wasn't interested in lugging around all that heavy equipment.

One chief challenge is photographing animals through fencing.  If you can get close enough to the fence, you can focus through it.   Sometimes it just plain doesn't work.

It's a pretty large park with lots of walking.   I'd advise going at 9am before it gets crowded.

The next day, I went to Arrowhead Country Club in Glendale to see if I could photograph the egrets that live around the pond at the golf course. 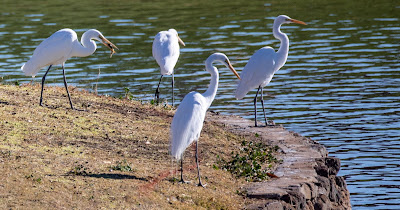 I chose Monday since most everything at the club is shut down on that day.   I captured images with the Canon EOS R6 and the Tamron 150-600mm.  Some of the earlier shots were combined with the Tamron 2x extender, making my effective reach of 1200mm. 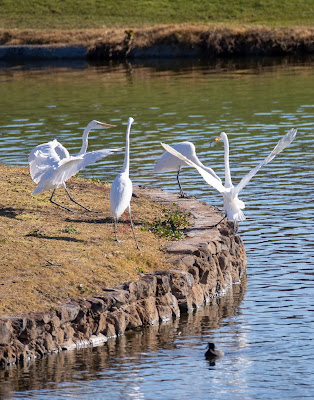 My camera set up is difficult to hand hold.   I found even with the new image stabilization feature in the lens and body it was still difficult to get good shots.  I should have brought my monopod.

The solution was to go to the second floor of the clubhouse where I could set my camera on the hand rail.   And it worked.

Click the photo below to see all the images from Wildlife World Zoo... 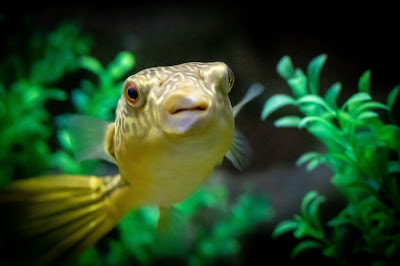 Click the photo below to see all the images of the egrets of Arrowhead Country Club in Glendale.... 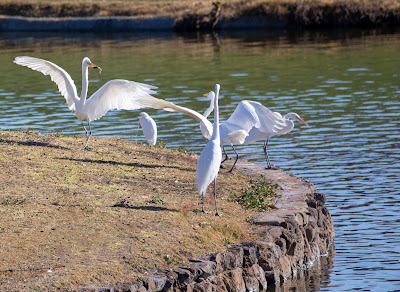 Posted by James Gordon Patterson at Tuesday, January 05, 2021 No comments: