For two consecutive nights in December I took out my new Canon EOS R6 and Tamron 24-70mm lens capturing images of Christmas lights in my neighborhood and at Phoenix ZooLights. 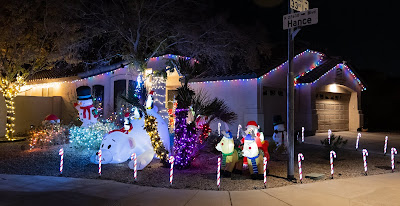 Around the neighborhood, I decided to go auto ISO.   There were some images that the camera selected the highest ISO of 102,400.   I was obviously very worried about grain in those photos and sure enough, I got some.   SOME.   Not overwhelming grain.   Most were fixable in post processing with Lightroom and sometimes with Luminar. 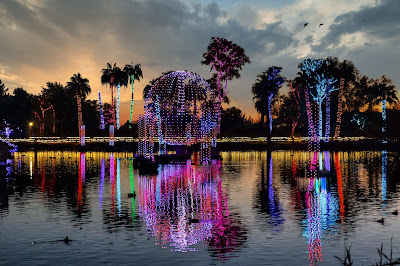 The next night, we went to Phoenix ZooLights.   Here, I decided to go with an ISO set to 6400.  I wanted to test the in camera and in lens stabilization. 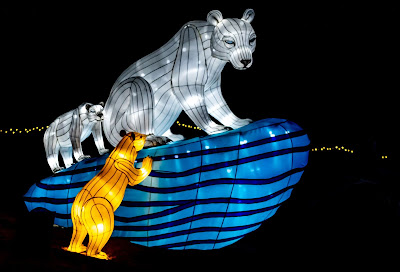 On both nights, the photos showed very little motion blur, so the stabilization was a vast improvement over previous Canon cameras.

Click the photo below to see all the images from my neighborhood... 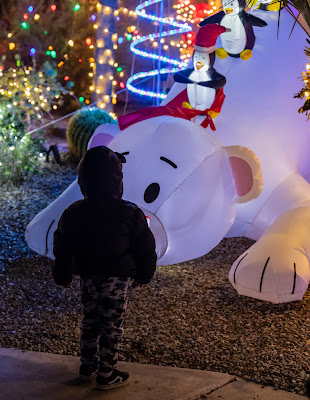 Click the photo below to see all the images from Phoenix ZooLights...

Posted by James Gordon Patterson at Thursday, December 24, 2020 No comments: 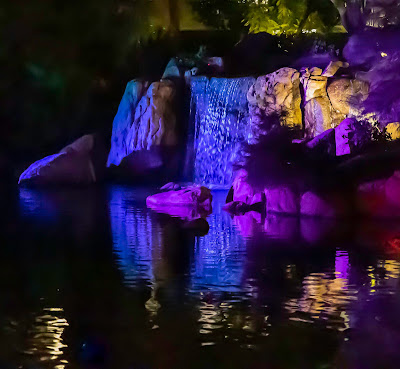 The Japanese Friendship Garden in downtown Phoenix opened its gates at night to what they called "Illumination 2020.".   The pathways and lake were lit with colored lights, giving off a surreal feeling.

It was so very dark!   I had to walk gingerly because the footpath was so hard to see.

I recently purchased the Canon EOS R6 and was anxious to test it out in extremely low light conditions.  My lens was the Tamron 24-70mm.   All images were captured with the lens fully open to f/2.8.   I put the camera in AUTO ISO, knowing full well I might have some grain in the photos.   Everything was hand held. 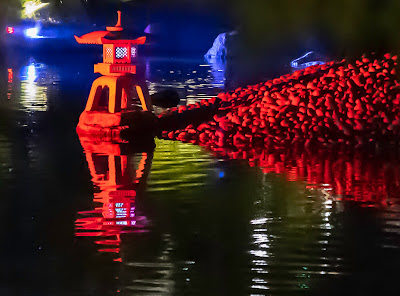 I do believe I'll do some additional low light photography in my own neighborhood as there are some lovely Christmas lights out! 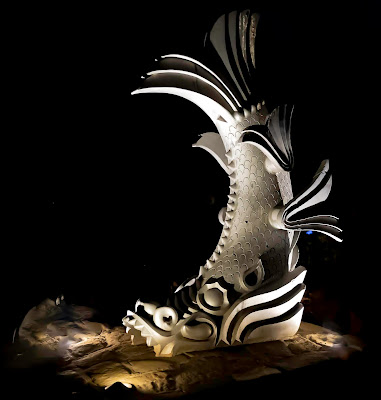 Posted by James Gordon Patterson at Tuesday, December 08, 2020 No comments: