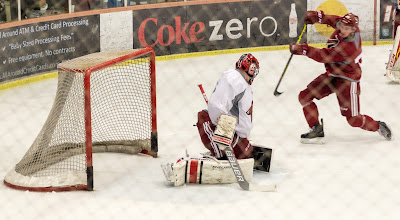 The Arizona Coyotes National Hockey League club started their prospects camp on 7 July 2015 at the Ice Den in Scottsdale, Arizona.

I photographed the highlights of the first day.  It was what appeared to be a hard skating hour and a half.  This wasn’t a scrimmage.  They had set things they worked on, then the coaches broke them into smaller teams of three and two.

Photographing inside with artificial light is always a challenge, but since I shoot in raw I knew I could adjust the white balance within Lightroom in post processing.  I also used Photoshop’s content aware fill to eliminate some distracting elements in a few of the photos. 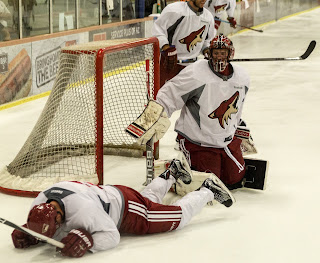 There was either net or glass surrounding the entire rink, which was also a challenge.  You may see some of the net in a few of the photos.  I photographed through the net and later through the glass. 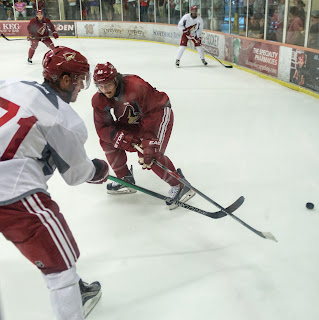 Here are all the keeper photos!

Posted by James Gordon Patterson at Wednesday, July 08, 2015 No comments:

What could be more American on July 4th than a baseball game, hot dogs, beer, and fireworks?  And so it was at Chase Field, home of the Arizona Diamondbacks as they entertained the Colorado Rockies.

The photo above was my view from section 117 before the game.  This is an HDR photo, or high dynamic range.  My Canon 5D Mark III (using a Tamron 28-300mm lens) has a setting that allows for three quick photos, exposure bracketed this time at -2, 0, and +2.  Then I combined them together in Lightroom to produce the finished product.  Not bad, considering I did this hand held and not on a tripod!
It was Patrick Corbin's first start for the D'backs since 2013.  He had "Tommy John" surgery which is pretty major work on a throwing arm.  He pitched 5 solid innings and ended up with the eventual win.


During Phoenix's hot summers, the roof of the stadium is closed.  So there is mixed lighting inside.  I was shooting at 1600 ISO (fairly light sensitive) hand held.

Following the D'backs 7 to 3 win, they opened up the stadium roof so we could see the fireworks display.

The stadium lights were turned down.  I shot the fireworks with NO tripod, which isn't the right way to do it, but they won't allow such devices inside a stadium.  So I cranked up the ISO to 12,800, opened the aperture all the way, and hoped I'd get some useable shots. 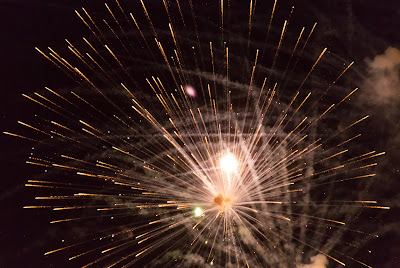 I think I had some nice shots! 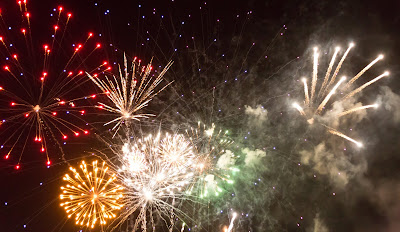 Here are all the keeper photos!

Posted by James Gordon Patterson at Sunday, July 05, 2015 No comments: