It was Saturday the 9th of April and I found myself again in the middle of Country Thunder (C.T.), one of the biggest country music festivals of its kind.  This is my third Country Thunder, accompanied by Marni and my good pal Faron who has many C.T.'s under his belt along with a number of Stella Beers.  Also thanks to Kim Blevins and Gerry Krochak of Country Thunder for making this opportunity for me happen.

Why do I do this?  I love country music and I'm a photographer.  If I photograph any concerts, and I love doing that, I'm photographing country.  First, the music suit and soothes me.  Second, the artists and the fans alike are some of the nicest folks around.  Here's a big crowd of folks, many who camp out in the area, almost all of the liquored-up, and there was peace and happiness and fun... and the place by the way didn't have any trash laying around either.

What do I do with the photographs?  I share them with you here.  I also go after the lesser known up and coming artists that play during the day.  I love the big stars that you hear on the radio and see during the award ceremonies on television, but those folks are photographically overdone.  Last year, one of the groups I photographed that played during the day was Old Dominion.  I could tell then, this is a group that is going places.  I was right.  They made it big with the hit "Break up with Him."  I photographed them when!  See, I get more thrill watching a group or singer and knowing soon I will see them take off!  I always send my photos to their publicity agents... hey, you never know.  Maybe I'll get discovered and get to go to Nashville (a dream, folks) and photograph them there.

I photographed Casee Allen, David Ray, Locash, Dannie Marie, Dylan Jakobsen, and Shari Rowe.  Thanks to all and hope to see them soon on the network awards shows and on country radio.

My pick from photographing only six artists and groups for the next to make it big... I'm going with Casee Allen.  His sound is pleasing and fresh and AND this guy is personable! He interacts with the fans.  Folks, there is sooo much talent out there that one big break, one great song, and they are on their way.  So it could happen to any of them.
Until My Next Adventure,

(Relay for Life in Phoenix)
See You On Down The Road!

Posted by James Gordon Patterson at Tuesday, April 12, 2016 No comments:

This was the fifth straight Cave Creek Rodeo I’ve photographed.  There is something about rodeos that I really enjoy attending and photographing.  It’s the cowboys and cowgirls.  It’s the volunteers who work so hard at this… believe me, it takes a ton of folks to pull this off.  It’s the rodeo clowns and the judges and the fans that ask for it all. 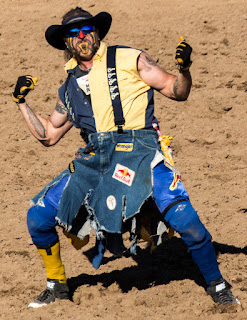 The Cave Creek arena is about perfect for me.  For the best angles and to stay out of the way of fans in back of me, I waaaay back in the last row.  It’s a much smaller arena than the Tucson Rodeo uses.  I like that.   It’s easy to get to, easy to park, everything is right there.  Plenty of beer and hot dogs so I was happy. 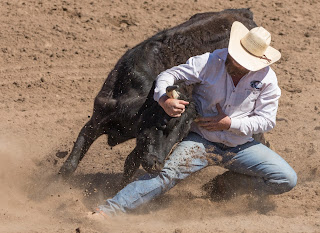 A smaller arena meant I could get away with using a smaller lighter lens.  For the second half of the rodeo, I used a Tamron 28-300mm.  For the first half, I used a beast of a lens, the Tamron 150-600mm hand held.  Yes, hand held.  It’s designed to be used on a tripod or monopod.  I made it though.! 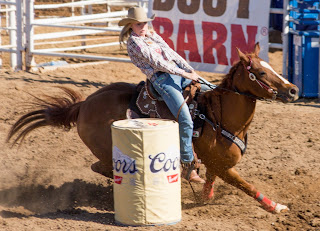 The feature of every rodeo seems to be the last event, bull riding.  Now I do love eight seconds of hell on top of such a beast, but the ladies event, the barrel racing, might be my all time favorite.  Wow, they were good.  One young lady looked to be competitive, but knocked down two barrels so the penalty seconds took her out of the money. 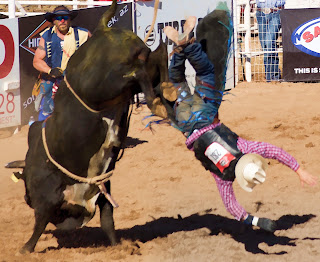 
...and, here are all the keeper photos!

Posted by James Gordon Patterson at Wednesday, April 06, 2016 No comments: