Did you know Wickenburg, Arizona is the capital of team roping?  I didn’t.  Last Saturday I went to Rancho Rio in Wickenburg to find out what was going on. 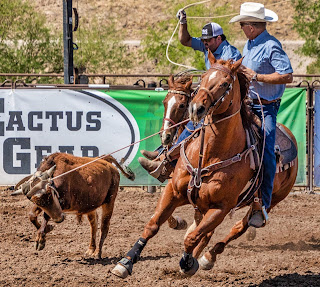 It was qualifying time on Saturday 14 April and there was money at stake.  These folks put up their own money to enter and hopefully can get some of that back and more. 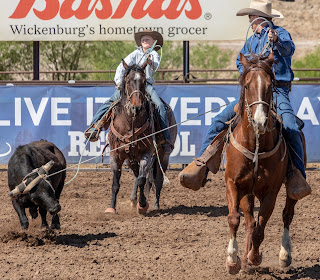 I’m used to photographing rodeos where team roping is one of the many events.  There’s just team roping here.  And there is an association involved in team roping, too.  It’s the NTR or National Team Roping. 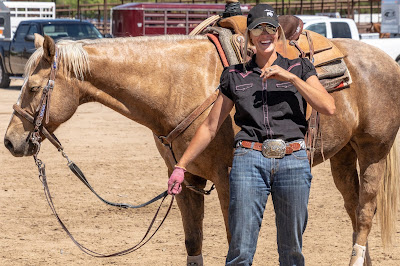 A surprise and a pleasant one that that is that many of the two person teams included women!  I’m guessing father/daughter, husband/wife teams.  And I suspect I saw some father/son teams, too. 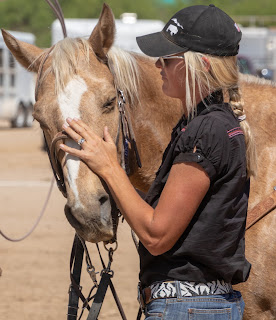 The finals of the 14 April event are here!

If you want to learn more about team roping and the culture around it, the Team Roping Journal called the Phoenix area a team roping paradise.  Some of these people are transplanted from other areas of the country, come out to visit Rancho Rio, and eventually make it their part or full time home.

The good news for me is that from the north side of Phoenix, it’s a short under an hour drive.


Until My Next Adventure,
See You On Down the Road!

… and all the photos!

I took five of my images and did some selective coloring.  I hope you enjoy. 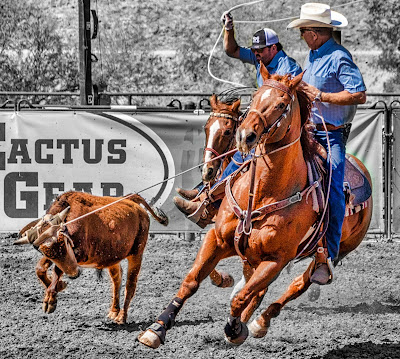 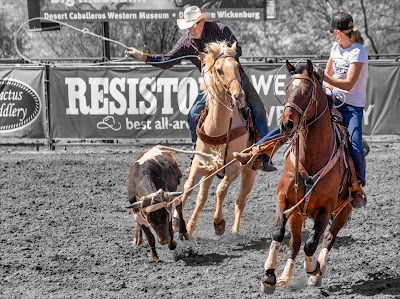 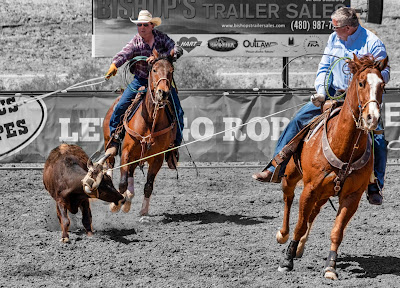 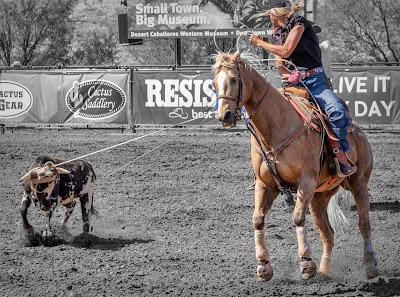 Posted by James Gordon Patterson at Wednesday, April 18, 2018 No comments: