Cozumel-Caymans-Jamaica on RC Liberty of the Seas 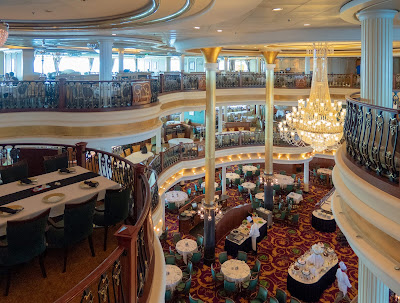 The Texas School of Professional Photography sponsored a Caribbean cruise February 2019 that visited Cozumel, the Cayman Islands, and Jamaica, courtesy of the Liberty of the Seas, a Royal Caribbean ship. 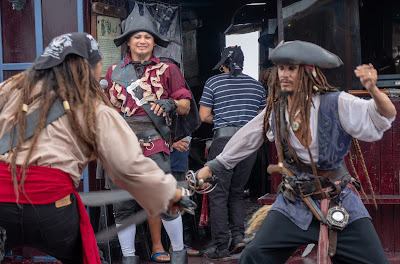 The first port of call was Cozumel, where we had a private party aboard a pirate ship!  This was just flat out fun and silly.  The pirates aboard fed us food and grog and we all danced... many snorkeled in the calm sea.  For really no good reason, I stayed aboard ship thinking I'd have something to photograph.  All I got was tiny bouncing heads in the water.  Lesson learned. 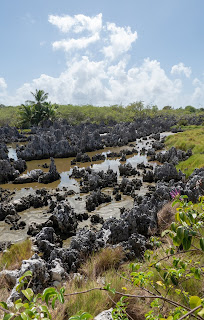 Our second stop was George Town in the Caymans, a British West Indies territory.  We visited "Hell" which... well, take a look below.

And, the Caymans glass bottom boat.  The captain of the ship donned scuba gear and went below to feed the fish. 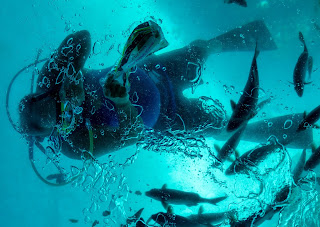 Our last stop was Jamaica, where we visited the Green Grotto and Dunn's River Falls. 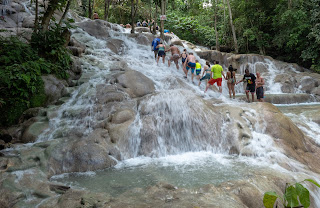 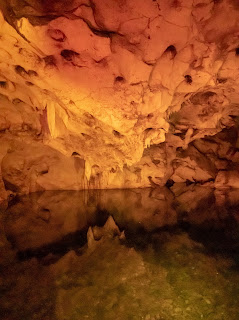 A few highlights onboard included an ice show.  And a galley tour with Sous Chef Ramone.  "Yeah Mon!"  So this is how they feed thousands of guests in three decks every day! 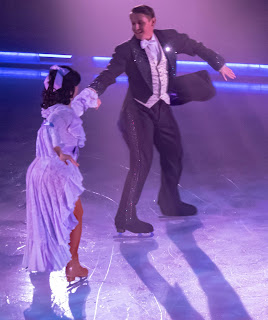 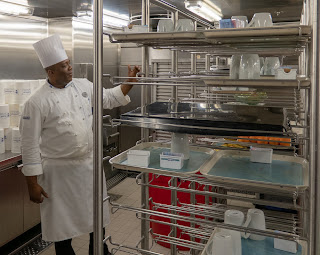 ... And all the photos from the trip!

Posted by James Gordon Patterson at Wednesday, February 20, 2019 No comments: 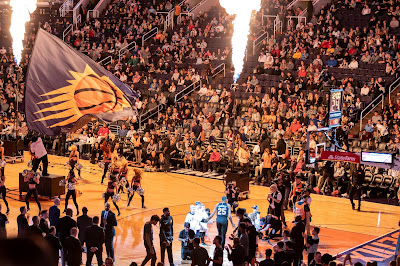 I covered the Golden State Warriors at Phoenix Suns game Friday 8 February 2019 for a Spanish publication called The Wing.  I was also at Phoenix Talking Stick Arena for a University of Arizona event celebrating alums Steve Kerr, Andre Iguodala, and Deandre Ayton. 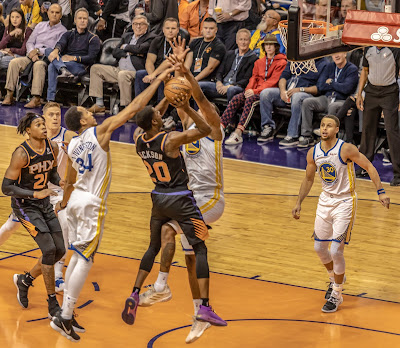 Here is the article I submitted to The Wing:

(Phoenix, Arizona - 8 February 2019) —-  The bad news is the Phoenix Suns defeat at home against the defending world champion Golden State Warriors marked the thirteenth straight loss for the home team.

Warriors coach Steve Kerr after the game smiled but said “they outplayed us the whole night.”

For around 200 fans, it was also University of Arizona night at Talking Stick Arena in downtown Phoenix.  After the game, Arizona graduates Steve Kerr and Deandre Ayton came down to the court after the game to talk to the Arizona Wildcat fans in attendance. 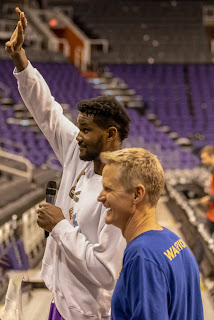 ... And all the photos from the game!

Posted by James Gordon Patterson at Saturday, February 09, 2019 No comments: