Lights of the World December 2017 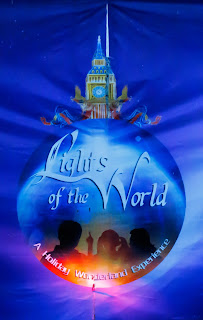 The Arizona State Fairgrounds in Phoenix hosted Lights of the World and Chinese acrobats this Christmas season in Phoenix.  It gets crowded so we decided to go a wee bit early and catch the 5:30pm Chinese acrobats first.  It was a pleasant 60+ degrees out; just perfect! 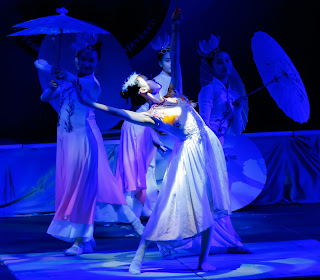 The photos you see were taken with my backup camera, the Canon 3Gx.  It has one permanent lens, 24 to a whopping 600mm.  It’s very lightweight.  I use it especially when a venue says “no professional cameras.”  What that means is any camera with detachable lenses typically won’t be let in. I always pull out this little camera to show security... “look, the lens doesn’t come off!”

Now, this camera won’t ever replace my Canon 5D Mark IV.  But I decided to take this camera also because the more you use your equipment, the better you get with it. 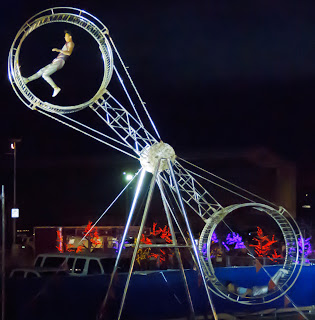 For the acrobats, I used a shutter speed from 640th to 1,000th of a second to try to freeze motion.  AND, because it was dark, I had to use a fairly high ISO.  In the end, there was grain in those shots, so I had to use some anti-grain magic in post processing with Lightroom.  This is where the difference between the G3x and the 5D Mark IV.  My 5D handles high ISO far far better with less to no grain.  You also will not get 6 or 10 frames per second with the G3x, either.  More like one frame per second. 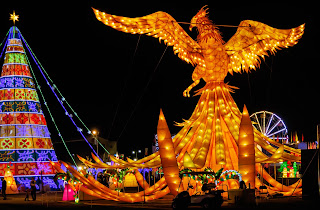 After the Chinese acrobats performed, it was time to walk through the grounds and look at the marvelous lighted animals and buildings.  The colorful objects were well lit with a black background.  I was very happy at the performance of the G3x in this case.  I could use a more reasonable ISO of around 400.  I found no grain in any of the photos! 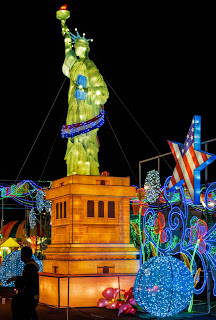 Given the objects were so brilliantly lit, anybody standing in front appeared to be dark shadows.  I liked that.

And, I got a chance photo of a baby girl no doubt seeing Santa for the first time. 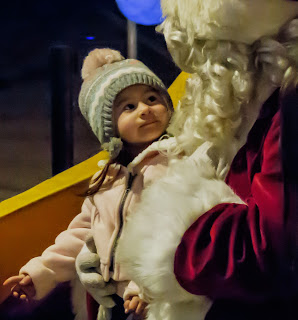