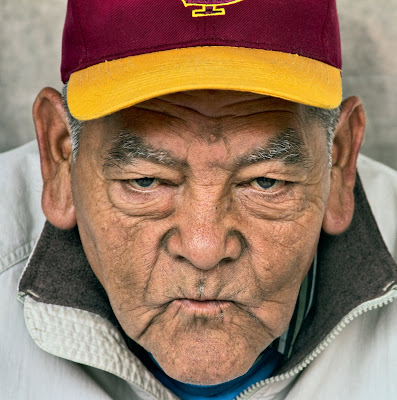 I spent a week in March 2010 studying photography at the Santa Fe (New Mexico) Photographic Workshop.   In particular I worked with New York photographer Paul Mobley. Oh did he work us for that week.  Paul is a marvelous photographer who has done a lot of published portrait work, including his new book American Farmer.
Our first day of shooting had us go to the plaza area of downtown Santa Fe, where I had to approach total strangers and ask them to pose for photographs.  For me, that wasn’t that hard to do.  I’ve found being bold often catches people off guard and for most, they are flattered by being asked. 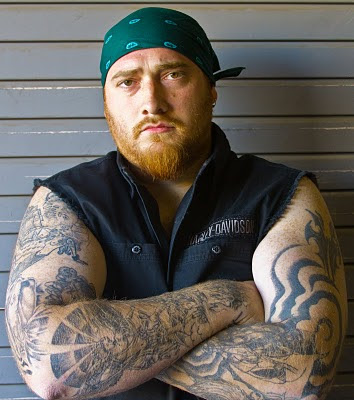 Day two was a day of shooting at the old New Mexico State Penitentiary in Santa Fe, home of a riot in 1980 that killed 33 people.  Rick was the tour guide and he worked for the prison some 28 years, missing the riot he says by 15 minutes.  He told stories of how the prisoners attacked mostly rapists, child molesters, and snitches and killed them one body part at a time.  In my photos that follow, you will see the soulful Rick, face framed with white hair and muttonchops.  You will wonder what he’s really seen and what he thinking.
On the third day, destination was the Bar S ranch outside of Santa Fe.  Our host was Powhatan “Pow” Carter, who also appears in many of my photos.  Pow was a real cowboy who competed in the Professional Rodeo Circuit.  I asked him and he did indeed compete in the La Fiesta de Los Vaqueros (Tucson Rodeo), which I’ve attended many times and hope to some day photograph.  Some of my favorite shots came from that visit.  Here’s a short television show from “America’s Heartland” where host Paul Ryan interviews Paul Mobley.  Later in the clip, you’ll see Pow Carter with Paul Mobley.  Watch long enough and you might see Pow turn the tables on Paul. 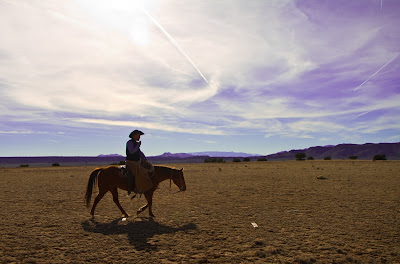 On the final day of shooting, we went to a Santa Fe Harley-Davidson dealership and met some really nice and cooperative local Harley bikers.  They were patient as we found shafts of light to paint their faces and light them with professional lighting equipment.  One of my favorites was Rebecca, the lovely lady shown in my photo collection on her motorcycle wearing her leathers.
It was a physically and mentally demanding trip to Santa Fe, but the effort paid off in the photos and friendships I’ve come away with.  To Paul Mobley, I said at the farewell party “I’m proud to be able to say I studied photography with Paul Mobley.”
Jim Patterson
James Gordon Patterson Photography
Jim's Amazon Camera Store
Posted by James Gordon Patterson at Monday, March 22, 2010